The #1 Must Watch Movie for Healing
​the Black Family from Multigenerational Trauma!

Join The Movement!
Sign Up For Exclusive Updates And More...

Nothing Will Change, Until We Change!

We have been systemically oppressed since slavery and the Jim Crow era.  Despite the odds being stacked against us, we have found ways to prosper as individuals, but not as a group.

If we want to increase our equity in the country and experience equality, we have to change our approach.  In the book, Powernomics by Dr. Claude Anderson, he addresses three major problems that are slowing our progress.
I believe the roots produce the fruits.  Becoming economically and politically strong will only happen as a result of change in behavior.  We are addressing the change needed with this film.  Partner with us to make it a HUGE SUCCESS! 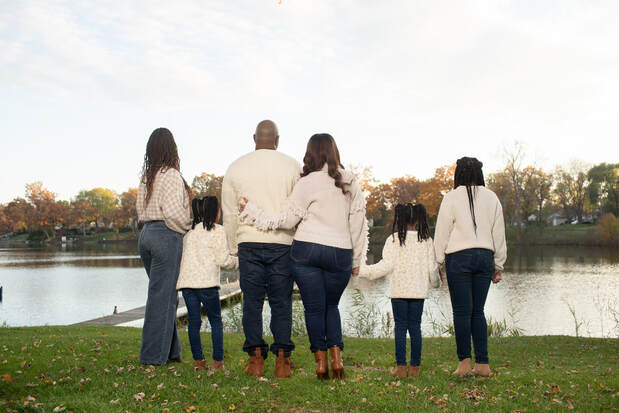 A husband and father recognizes the multigenerational trauma affecting his life and seeks to kill it at the root to empower his children and the generations to come.

Ron’s journey to heal his family starts with learning the process that created it.  Loosely guided by the book The Willie Lynch Letter & The Making of a Slave, he examines the accuracy in the fictional work as it relates to his present reality as an American of African descent.  What he finds is the disturbing fact that many descendants of American slaves suffer from Post Traumatic Slave Syndrome, a condition that supports Willie Lynch’s theory of making slaves, enslave themselves.

It has been most “Black” people’s disposition that the “oppressor” or the “system” has been our greatest enemy, when in fact, we have become our biggest foe.  ​Lack of “self-knowledge” and “power” have slowed “African Americans” growth. Many in the “Black” community believe that solution to our problems can be solved mostly by economics.  However, the truth is that our problems start with programming.  We must identify the trauma that has informed our life and kill it at the root so that we can heal.

Willie Lynch’s theory is a ghost that haunts our community.  Ron’s plight to kill the ghost and heal the people leads him to traveling various parts of the country to speak with experts, thought leaders, artists, and educators to help the audience begin the healing process.
Download media kit

This is a once in a lifetime opportunity.  Take advantage NOW!  Time is of the essence.  Join the Movement Today!
JOIN THE MOVEMENT!

This is the Reasonable Doubt of Documentaries!

One of my favorite docs is 13th... this hit me a little harder than that!

I found the film to be profound!

I really appreciated the content, especially the discussion regarding trauma.